I try to spend some time each day just helping people on Twitter. Not pitching products… helping people. TONS of people go to Twitter for help. It’s quick and easy and there are many people like me who just want to help.

While I do enjoy helping people, I have an ulterior motive… I want people to visit my site. BUT… I don’t force them to, I don’t even ask them to. I merely answer their question (usually website related) and some read my bio and head on over to check out my site.

I learned this from Syed Balkhi at WPBeginner. He did the keynote presentation at the Columbus (Ohio) Wordcamp this past summer. During his talk, Syed explained that he started getting traffic to WPBeginner by just helping people on Twitter. He would answer their WordPress question and many would read his bio on Twitter and go check out his site.

I thought it was a great way to get traffic and give back at the same time but… I quickly noticed a problem. Trying to find the people who were asking questions was tough. Between all the self-promoted tweets, automated blog feed tweets and @mentions, it was taking me hours.

I would enter a topic into the Twitter search box at the top of the screen and try to weed through all the “crap” to find a question. Look at the snapshot below. I typed in wordpress and this is what the majority of the results look like… 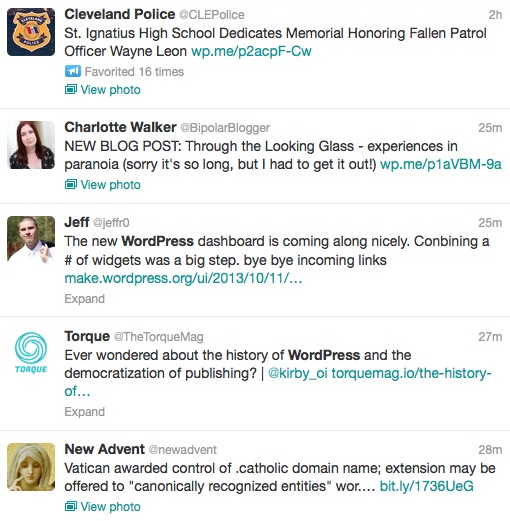 Not one of those is a question or problem. They’re either promotional or completely irrelevant to my search. That’s when I went on a mission. A mission to figure out how to simplify this process. And… that’s when I discovered Twitter Search Operators. Duh, duh, duhhh.

Think of it like a bookstore. Bookstores don’t just take the books off a truck and throw them into one big bin and let customers sift through the bin.

They organize the books into categories and separate those categories in the store. A Twitter search operator tells Twitter how to organize the results and which results you want to see.

I discovered that a majority of the tweets I was sifting through had links in them. Either from people promoting crap or announcing their latest blog post.

How to Remove Tweets with Links from Search Results

Next, I wanted to be able only see the tweets where people were asking questions. There’s a Twitter Search Operator for that too!

How to Show Tweets Where People are Asking Questions

Notice below, how different the search results look compared to my previous set of results I showed you earlier… 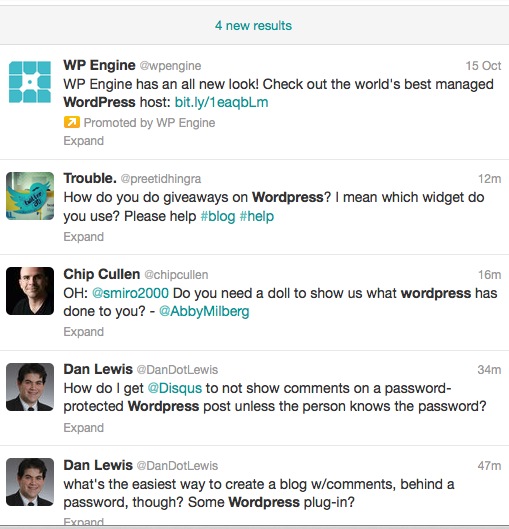 That first tweet at the top of the image above is a promoted tweet… there’s no way of getting around that (as far as I know).

Now I can blow through these questions, offering up any answers I can and in a matter of 5 or 10 minutes, I can answer 15 to 20 questions. Something else that’s pretty cool (which you can see at the top of the photo above) is Twitter lets you know when there are new tweets matching your query.

In the photo above, there are already 4 new tweets matching my query. Awesome!

But that’s only one of the Twitter Search Operators. There are fifteen more…

Alright, time to hit Twitter to answer some more questions! It’d be cool to see ya there! 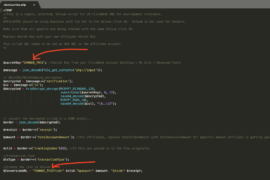 How to Track Conversions With Bing Ads When Promoting Clickbank Products 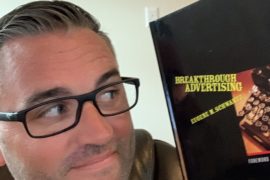 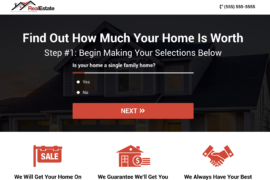