Home » Psychology » Get Yourself In Front of the Dang Camera

Get Yourself In Front of the Dang Camera

There’s no faster way to build trust online than with video. It’s a fact. Time has proven it to me. It hit me right across the face last night while I laid there in bed thinking about the day. I lived it. It happened to me. It’s tough to explain… but I’ll try my best.

The story starts in Austin, TX, back in January 2012. My dad and I were at a marketing event and from the stage the presenters recommended a course by a guy who is the “expert” in this topic. Being astute marketers, we jumped on the opportunity and bought the product.

There’s no doubt this guy is a genius. What he teaches is jut brilliant. He’s a master of building relationships with his customers/subscribers using nothing but email autoresponders, multi-email sequences and sales funnels. But last night I realized something…

He Screwed the Pooch Bigtime

I’ve been getting his emails for a year and half now. I feel like I know everything there is to know about him. His wife, his hobbies, what he hates, what he loves, what gets him excited… I know it all.

Or, at least I thought I did.

About a month ago, he shot a little video with two or three other guys. They were all getting together and doing a live event somewhere and they were pitching the event in the video. When I watched that video, my mind was completely blown! The guy I thought I knew was nothing like I had imagined him to be in real life.

Have you ever watched that TV show on MTV called Catfish, where people have long-term relationships online with other people only to find out years later that they’ve been lying about who they are the entire time? I felt like I was living that show. I couldn’t believe it.

What just happened? The 18 months of relationship building he did with me was completely wiped clean. Gone. I had no clue who I was looking at in that video. He acted completely different and sounded different than I expected (had a foreign accent).

He should’ve used video from the start.

Video Accomplishes So Much More

Science has proven that within the first seven seconds of meeting someone new, your brain makes more than 1,000 computations. Your subconscious takes those computations and forms assumptions without you ever knowing it. Whether these assumptions are good or bad doesn’t really matter. People connect with other people they know, like and trust.

There are things you can see in video that you can’t see reading an email. Things like a person’s clothing or how they dress, what their hair looks like, do they speak with their hands, is their backyard similar to yours, do they have a pet roaming around behind them while they’re on camera. Those are the things people pick up on while watching videos and use that information to form an opinion about someone.

None of this can happen without you first getting in front of the camera. Using video in your marketing is so dang important. My dad is a perfect example of what happens when you do use video. Check out his Youtube channel and watch a few of his videos. They’re not scripted, we don’t have a studio, we don’t use expensive equipment or editing tools and he isn’t concerned with his surroundings too much. 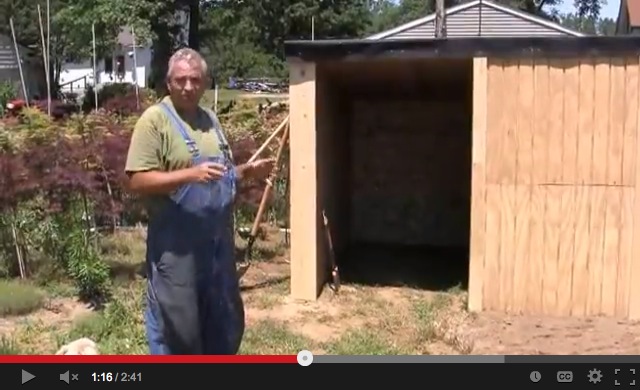 He portrays himself on camera exactly the way he does in real life… a real, down-to-earth guy who knows a crapload about gardening and growing plants. He doesn’t try to act professional, he hates scripts and would rather be outside than sitting at a computer. If you asked any of his customers or subscribers, that’s exactly how they would describe him too… and most have never even met him.

But they feel like they have. We’ve heard it so many times. I just read a few comments on our blog today that said just that, “Mike, I feel like I know you, like you’re my next door neighbor”. That’s powerful stuff.

There’s only one you in this world. Don’t try and be something you’re not. People will see through you eventually. You’re never gonna impress 100% of the people you meet but you will attract and keep people like yourself, and that’s who you want to be around. People that like you for you.

If only the “big, dumb companies” would grasp this idea. They try so hard to be something they’re not. They have no personality and have no idea how to connect with their prospects. You gotta get in front of the camera.

Getting in front of the camera is terrifying for some people. For others, like my dad, it comes easy. Are all of his videos perfect? No, but who’s perfect? None of his viewers expect him to be perfect. All they care about is whether the video gives them the solution to their problem… and most times it does.

How to Feel Comfortable in Front of the Camera

There’s really only one answer to that question… by doing it more often. I do have a few ways to make it easier on yourself. Here ya go…

Remember this, it’s not a live video, you can edit it or even delete it and start all over. If it makes you more comfortable, do it by yourself. I’ve used my iPhone before by myself. I’ve propped it up against something on my back patio, pushed record, walked around to other end of the table, sat down and started talking. When I was done, I got up, walked over and stopped recording. 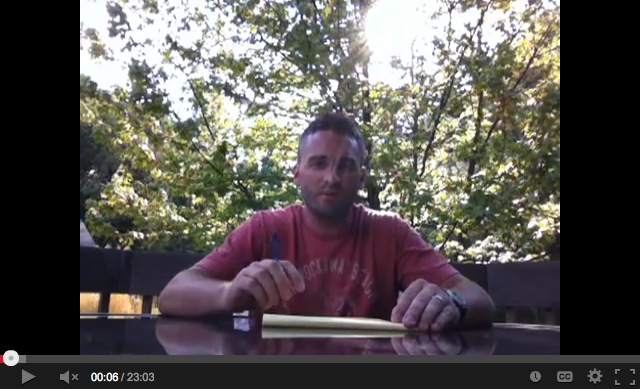 You can edit it right on your iPhone and even upload it directly to Youtube without ever having to plug it in to a computer. It’s drop-dead simple and I was completely comfortable because I was by myself. I’m an introvert. I can’t help it. I’d rather be alone than with a group of people. Even I have used video because I know it works so much better.

One of my favorite quotes is…

If you want a change to occur in your life, it’s up to you to make it happen. Do something different today.

When you claim your FREE digital copy of my book by submitting the form above, you’ll be added to my email list where you’ll receive sporadic email newsletters and promotional offers from me. Your information is 100%. View my Privacy Policy.